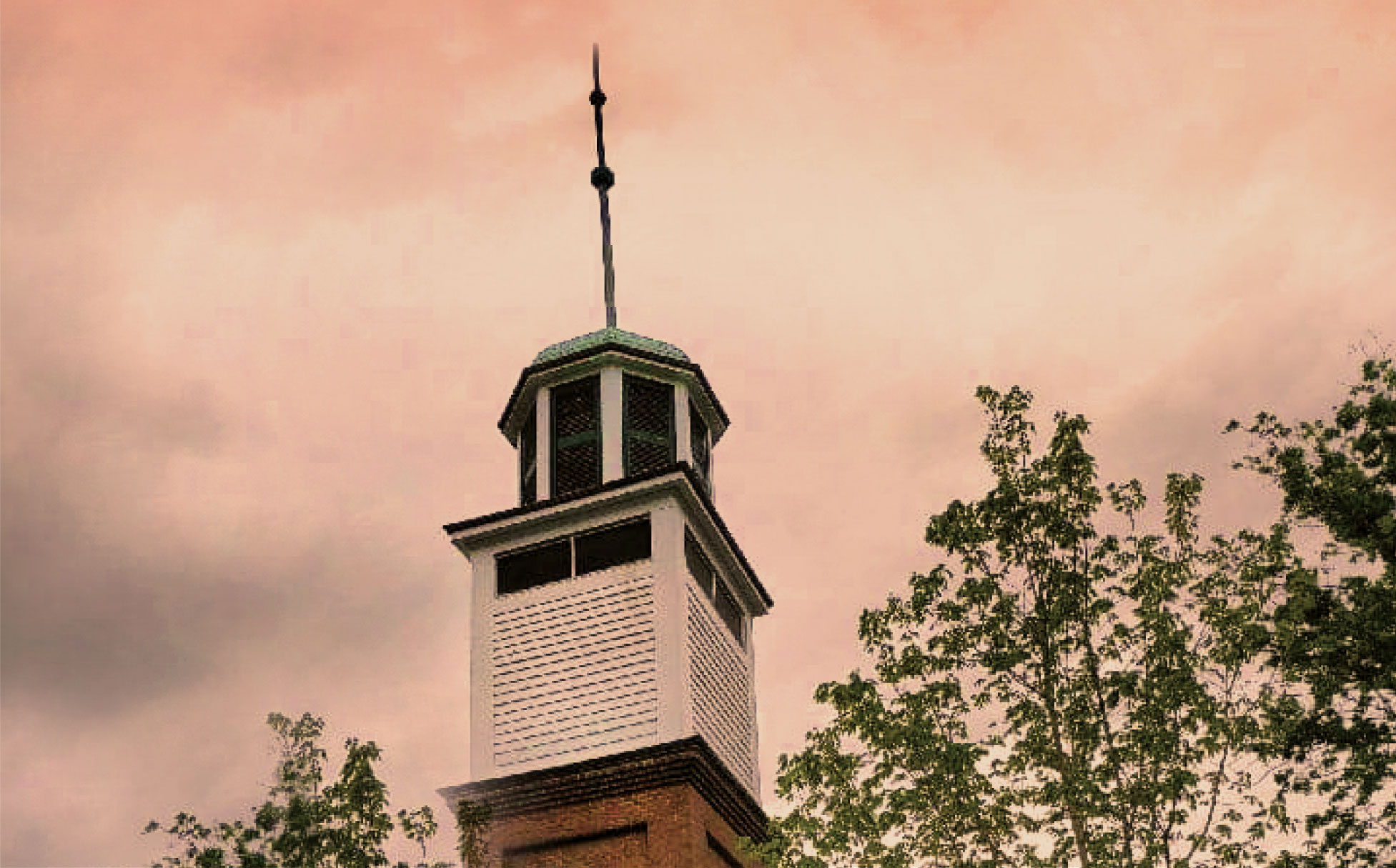 Hopewell’s history began with a small frontier settlement in the short-lived State of Franklin. Founded in 1783 by Scotch and Irish immigrants, Dandridge, situated on the banks of the French Broad River, quickly grew to become the county seat for newly formed Jefferson County in 1792. The second oldest town in Tennessee, it honors First Lady Martha Dandridge Custis Washington and remains the only town in the United States to bear her name.

The settlement’s log cabin church, Henderson’s Lower Meeting House, formed the roots of Hopewell Presbyterian Church. It was located on the north corner of what is today the Revolutionary Graveyard. Organized in 1785, Hopewell was active before both the town of Dandridge (1793) and the State of Tennessee were chartered (1796). The Rev. Hezekiah Balch is usually credited with founding the church; the Rev. Robert Henderson was installed as its first pastor in 1788 and served the congregation for more than 23 years. 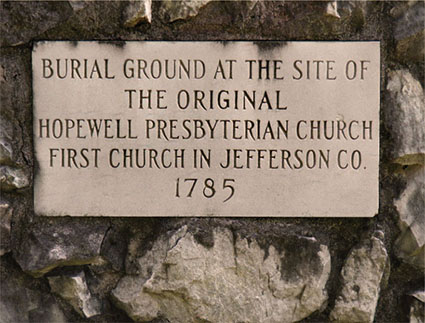 By 1842, growth of the congregation and business district led the members to relocate. A new white frame building was constructed and dedicated in 1843 on the present site, a hilltop overlooking the town with views to the river and mountains. Unfortunately, this building burned in 1868, destroying many of the early records.

Fortunes flourished until the trauma of the Civil War; this region was one of very mixed loyalties to the Union and Confederacy. Some family stories say the church never closed its doors during the Civil War as some references report. However, in the conflict’s aftermath, Hopewell’s official membership roll did characterize each family as “L” for loyalist or “S” for secessionist. The latter were denied Holy Communion and access to worship. Later, all were allowed back into full communicant membership under the pastorate of Rev. William Harris Lyle and freed slaves formed Bethel Presbyterian Church, located a few blocks away. The present red brick structure, including a tower bell that still rings today to announce worship, was erected and dedicated in 1872, serving as a way forward to reconciliation and reunification. 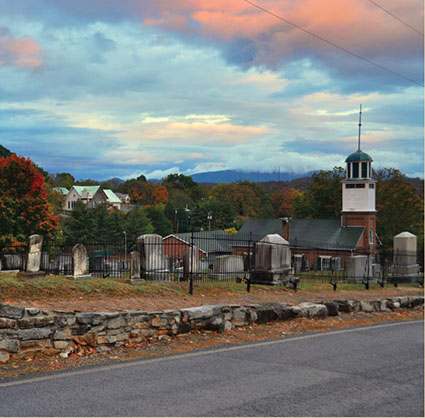 Hopewell Presbyterian Church remains the oldest congregation and the second oldest structure in
Jefferson County. A church as historic as this one tells many tales such as the 1930’s excavation underneath the sanctuary to create basement rooms. Viewing the existing space today, we are still amazed, imagining the challenges and physical toil involved as this project slowly progressed. Utilizing a mule sledge and their own manual labor, church members carted away hundreds of wheelbarrows filled with dirt. A peek into the mechanicals room reveals other evidence of their hard work–bare dirt remains exposed! Such phenomenal efforts continue to inspire us today. Over the years, bequests, memorials and gifts have made other improvements and modernization possible, including the addition of an Education Wing in 1961. The interior remains simple with original wooden floors, large windows and minimal decoration, all a reminder of Hopewell’s heritage.

Thankfully, the original Scots-Irish settlers brought their Presbyterian Protestant faith and work ethic with them. Consequently, Hopewell has always been a mission and education oriented church. Over its history, members have helped found four other area Presbyterian congregations and supported covenant agreements with local and regional Presbyterian institutions such as Maryville, Tusculum and Knoxville Colleges. Its members and ministers have also held prominent positions of civic leadership and responsibility; descendants of some of those original members still attend. Hopewell Presbyterian Church continues in its generations-old tradition of work, worship and witness for the Lord in this place, at this time, remaining a beacon of God’s love on the hill.